WGI was selected, out of many excellent consulting firms, because of their extensive experience in ocean fishing pier design and construction. 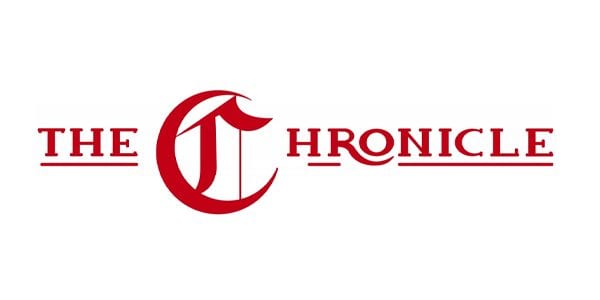 The Folly Beach Fishing Pier is a Lowcountry icon. Thousands of locals and visitors have fond memories of fishing, dancing or enjoying the views. As the current 1045-foot-long pier, opened in 1995, reaches the end of its useful life Charleston County Parks is honored to announce the creation of the next Folly Beach Fishing Pier that will serve our community for generations to come.

The 24-year-old Folly Beach Pier, while still currently safe for visitors, is deteriorating, its wooden piles impacted by marine boring worms. CCPRC began dive inspections of the pier pilings in 2013, and encapsulated many of the piles over the past five years in an effort to strengthen them, kill the worms and maintain the integrity of the pier. The walkway has been continually inspected as well. 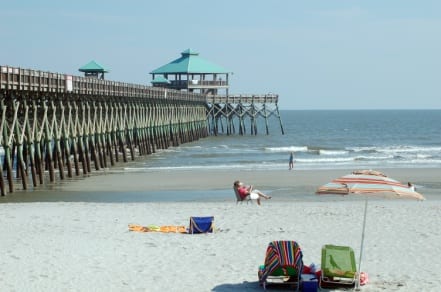 Though the pier has been determined safe for use at this time by consultants, the pile deterioration is a continuous process that cannot be stopped. Wooden timber pile piers typically have an average life expectancy of 20-25 years. As the Folly Beach Pier reaches the end of its life, CCPRC has begun planning to remove the existing structure to replace it with a new pier.

The replacement of the Folly Beach Pier is in its early stages. Currently, CCPRC is in the Design Development phase, led by consultants Wantman Group, Inc. (WGI). WGI was selected, out of many excellent consulting firms, because of their extensive experience in ocean fishing pier design and construction. CCPRC filed an initial permit with the Office of Coastal Resource Management (OCRM) and the Army Corps of Engineers in April. The new pier will still have all of the elements visitors love about the existing pier, including fishing stations, places to watch the sunset and the beloved Moonlight Mixer dance series. The design of the new Folly Beach Pier is still being finalized and will be shared with the public in the near future.

Closures and Impact on Visitors to the Pier

The walkway section of the pier will be closed for 18-22 months during the walkway construction phase. During all phases of the project, the Pier 101 restaurant, the Folly Pier gift shop, and restroom facilities are expected to remain open for normal operations. The rectangular deck area behind these facilities will remain open during walkway construction and will be an excellent location from which to view the ongoing construction project and progress. After the new pier walkway is complete, a ramp to the side of the pier will be created for access onto the pier. The rectangular deck area behind Pier 101 and the gift shop will then be replaced. This latter phase is anticipated to take four months to complete.

During the construction, that could begin as early as later this year, access around and under the pier will also be restricted as heavy equipment and construction materials are loaded onto the pier. About a third of the pier’s parking lot may be impacted during construction as well.

Fishing from and events on the pier will be impacted. The Folly Beach Pier will still host the following events in 2019 prior to the space closing for construction:

The original Folly Pier was 120 feet wide, 97 feet long and was a green and white structure built with Palmetto tree logs. Known for its sheltered dance floor the size of a basketball court, the pier attracted many famous bands and artists, including Jerry Lee Lewis, The Drifters and The Coasters. Following a fire at the nearby Ocean Front Hotel, the pier and pavilion area reopened as the Ocean Plaza in 1960 and featured a boardwalk, amusement rides, a roller skating rink and concessions. The pier and pavilion were lost to another fire in January 1977. After the remains were removed and the boardwalk was sold, the Holiday Inn hotel was built adjacent to the site in 1985. As part of the 1992 bond, CCPRC was able to purchase the 1.4 acres of beachfront property on Folly Beach where the former pier stood. CCPRC opened the Folly Beach Fishing Pier on July 4, 1995, nearly 20 years after the previous pier burned down. The current pier is 25 feet wide and 1,045 feet in length, which is roughly the length of three football fields.

For updates on the status of the Folly Beach Fishing Pier construction, visit CharlestonCountyParks.com/pierprogress. The website will be updated regularly with information and photos of the pier progress. 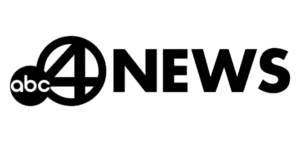 After 24 years, iconic Folly Beach Pier will be replaced

Officials say WGI was selected to lead the project because of “extensive experience in ocean fishing pier design and construction.”