This is an extraordinarily exciting time for smart transportation infrastructure. We are on the cusp of the ITS age of roadway and highway operations — poised to dramatically improve both, making them safer and reducing congestion. 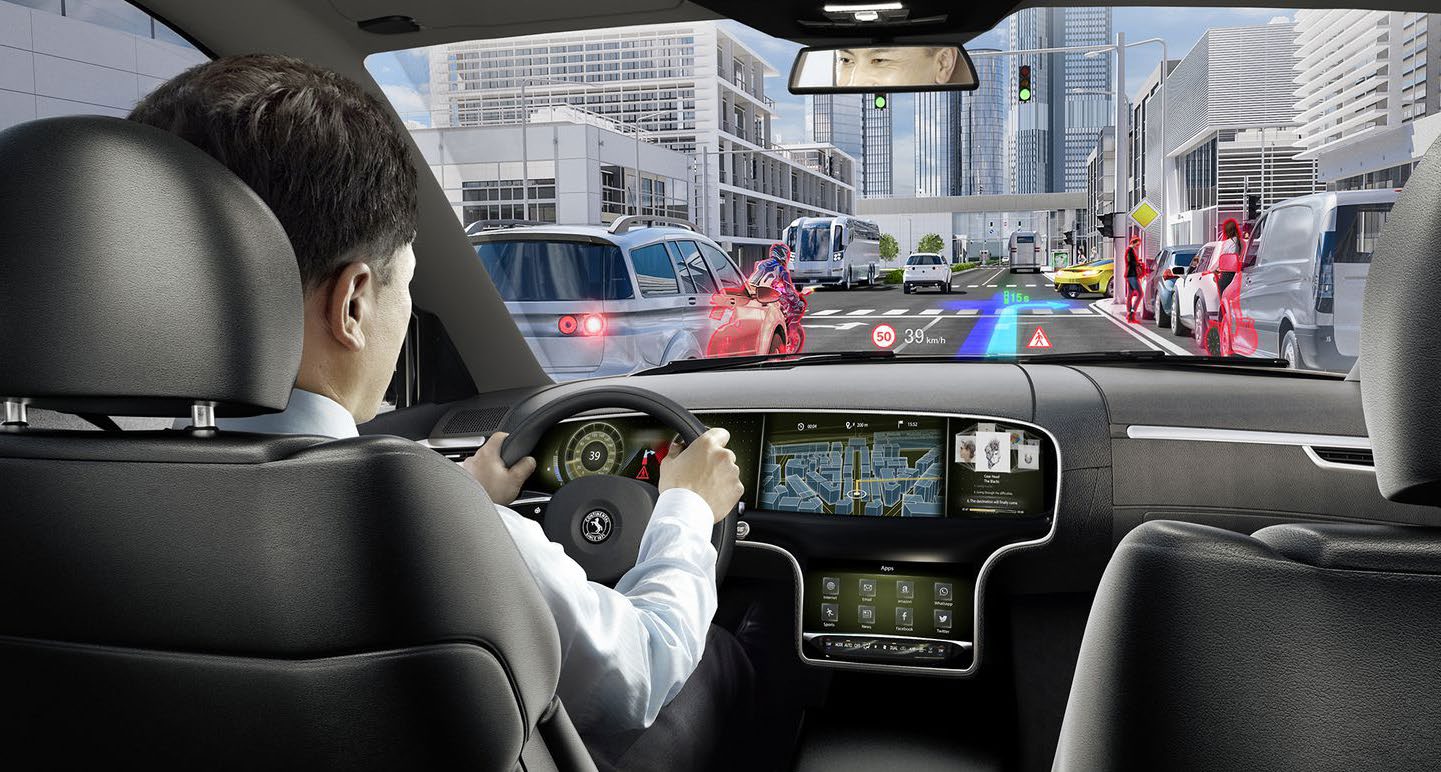 What is ITS? Intelligent transportation systems are roadway and highway systems that utilize a broad range of wireless and communication-based technology and software to promote safety and mobility. ITS tools are all about communication and data analysis. They communicate with traffic lights and other infrastructure to keep vehicles moving smoothly and safely. They collect and analyze driver data to help transportation planners create safer roads. Most recently, they communicate directly with individual vehicles to help them operate more efficiently and safely. 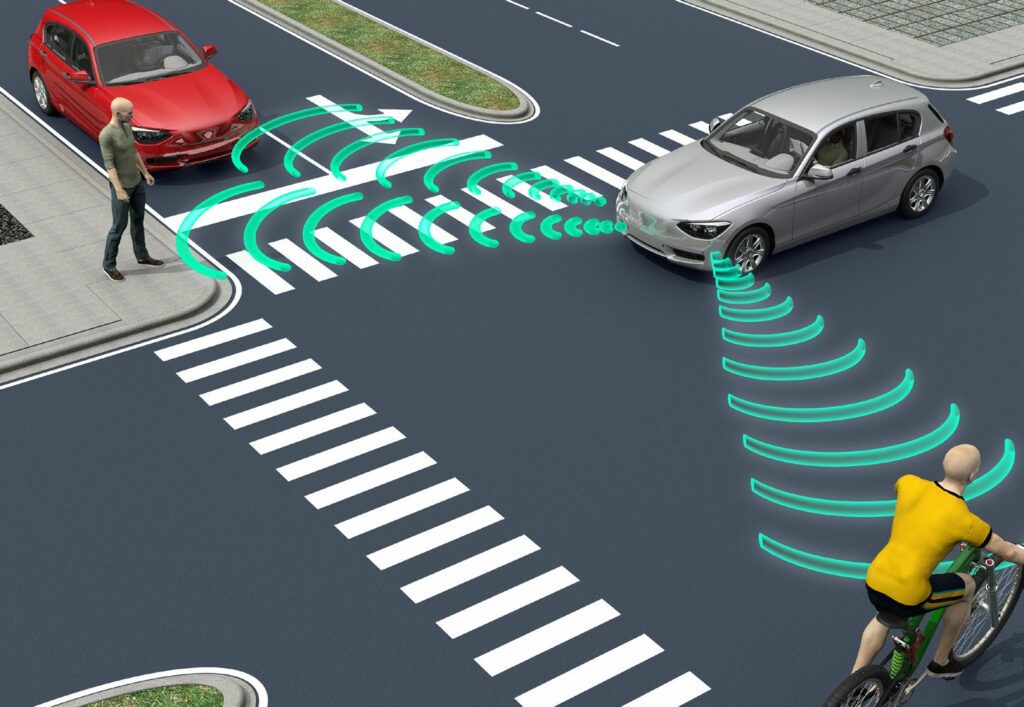 Why does ITS matter? The U.S. is an auto-centric country. The creation of the interstate highway system in the 1950s provided unprecedented mobility, recreational flexibility, and economic growth. Those trends are just as predominant today.

But it also creates ever-escalating. For instance, according to the National Highway Transportation Safety Administration, there are well over 30,000 highway deaths every year. In 2020, the last year for which there is data, 38,824 lives were lost in traffic crashes nationwide.

There are also economic implications. According to the Texas Transportation Institute, traffic congestion in urban areas costs hundreds of billions of dollars each year, and U.S. highway users waste 4.8 billion hours sitting in traffic every year! Of course, there’s an environmental cost, too. Nearly six billion gallons of fuel are wasted by cars and trucks sitting in traffic every year. Not only is that a terrible waste of a valuable resource, but idling vehicles generate around 30 million tons of CO2 every year. This is a significant cause of climate change, also posing serious health risks for drivers and others who are unnecessarily exposed to this CO2.

ITS can help mitigate these hazards, and the United States is leading the world in their design and implementation, spending about $8 billion annually and accounting for nearly one-third of all ITS projects. Yet, as relatively advanced the U.S. is in ITS, application is still in its infancy here and around the globe. The development of ITS infrastructure will be at the forefront of public development over the next decade, and the recent passage of the Infrastructure Investment and Jobs Act (IIJA) will help accelerate that development.

The experts at WGI can help you create ITS infrastructure that will help make your roads and highways safer, improve the quality of life for residents and visitors, and drive economic development. 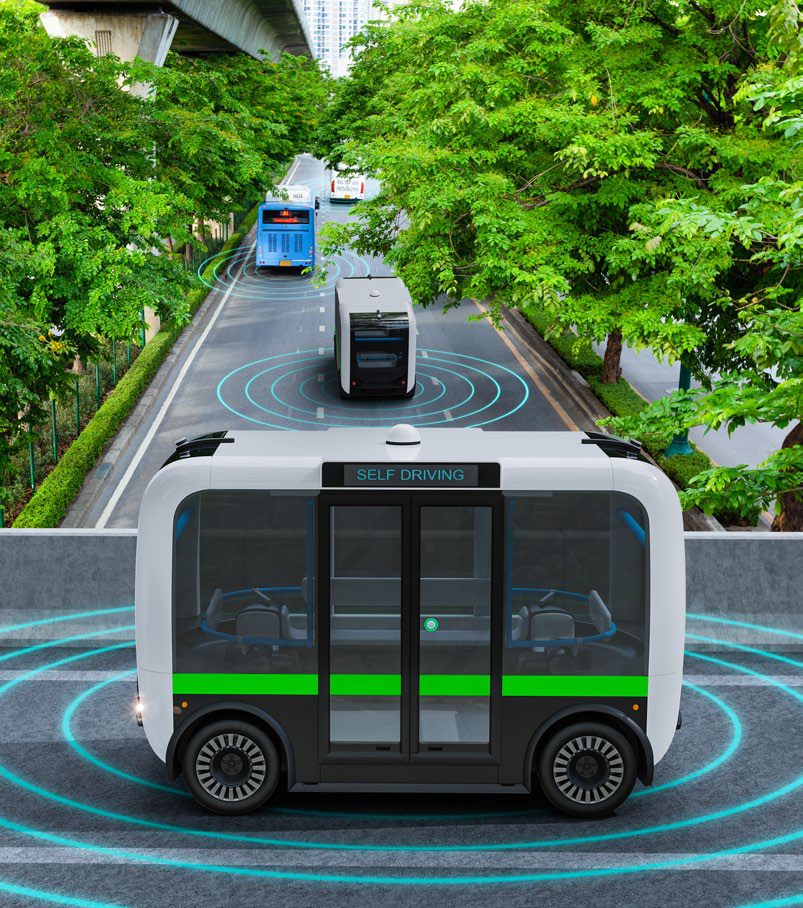 ITS and Smart Cities

We’ve all heard about Smart Cities and how they will transform the urban experience. But what exactly is a Smart City? Smart Cities use transportation, parking, and transit technology to improve mobility. ITS is particularly exciting when it comes to Smart City development. There are several ITS tools that can be installed on city streets and other local roadways to keep traffic flowing, divert vehicles to other roadways when there are backups or accidents, and provide a generally safer environment for both drivers and pedestrians.

Most roads don’t experience maximum volume; traffic tends to be concentrated on specific roads at certain times of the day. One of the primary functions of ITS on local roads, therefore, is to better distribute volume throughout a road network.

In the city, ITS begins with smart signals changed remotely to avoid long lines and congestion. Traffic officials, located in operations centers with camera surveillance and real-time feeds, can monitor traffic patterns and manually or automatically change signal timing to keep traffic flowing. Traffic signals can also communicate with each other via wireless technology or fiberoptic lines to coordinate signal changes as volume warrants, with the same positive affect.

As with highways, audible detection technology is used on local roads to detect accidents. When the system detects accidents, it can redirect traffic away from the incident via smart signs, and traffic controls can be redirected to encourage drivers to seek alternate routes. In the future, when self-driving cars are more common, the system will directly communicate with the cars to divert them away from accidents.

Parking is an important element of Smart City development, and cities across the United States are beginning to implement city-wide parking grids. These grids start with parking guidance technology, which analyzes parking occupancy in public and private parking garages and lots, reporting that information to city transportation managers. That data is then bundled and transmitted to drivers via city parking signs or mobility apps. In cities, as drivers approach their destination, they open their smartphone or car dash app, and it tells them where parking can be found close to their destination—or close to public transit stations that they can use to reach that destination— and how much it will cost.

Public transit is the third leg of the ITS transportation stool. For many communities, public transit is an essential element of local transportation planning. A robust transit system can reduce congestion by cutting the number of private vehicles on city streets, while at the same time promoting sustainability by reducing emissions caused by idling vehicles.

ITS technology should be part of every urban transportation program. When buses and light rail vehicles communicate directly with ITS data centers, the system can more effectively manage traffic lights and directional signage, rerouting traffic as necessary. As self-driving vehicle technology matures, the first self-driving vehicles in wide use are likely to be buses and other public transportation vehicles which will communicate with the traffic grid at all times.

WGI has key partners in the autonomous transit field and is a national leader in planning, designing, and operating AV transit and smart infrastructure.

Putting it All Together

We are on the verge of the ITS age of transportation. It won’t be long before our roadways, traffic infrastructure, and even our vehicles are connected to the traffic grid and to each other. They’ll constantly communicate with the grid, but also with the vehicles driving around us. When this vision is realized, our roads and highways will be safer, more efficient, and much less congested.

The transition is underway, but it requires careful planning and it should be done with an eye toward taking advantage of existing infrastructure and repurposing it whenever possible. In establishing ITS programs, municipal and state officials should recognize they already have established transportation systems in place and ITS technology is intended to improve those systems, not replace them entirely. With experienced and knowledgeable guidance, you can make good, cost-effective choices, assuring that your ITS programs improve transportation in your community or state, improving safety and the quality of life.

As with the implementation of any new technology, there is a cost. The good news is that there are grants available that can be used to help implement ITS programs. The most obvious source of money is the Federal Highway Administration’s transportation technology grant program, but there are other places to look for help. For instance, II JA, the bipartisan infrastructure law passed late last year, could become an important source for ITS investment.

Also, grants can be found in less obvious places. The U.S. Department of Agriculture is primarily focused on serving rural communities and, as such, has a number of grant programs available for projects of all types, including vital development projects. For rural communities with ITS needs, it may be worth looking into whether the USDA has funds that can help.

Ultimately, as with any element of transportation planning, the strategic approach is most vital.

The experts at WGI can help city, state, and county officials evaluate existing highway infrastructure networks, build ITS programs that take the best advantage of that existing infrastructure, and if necessary, find project financing. Contact us today!