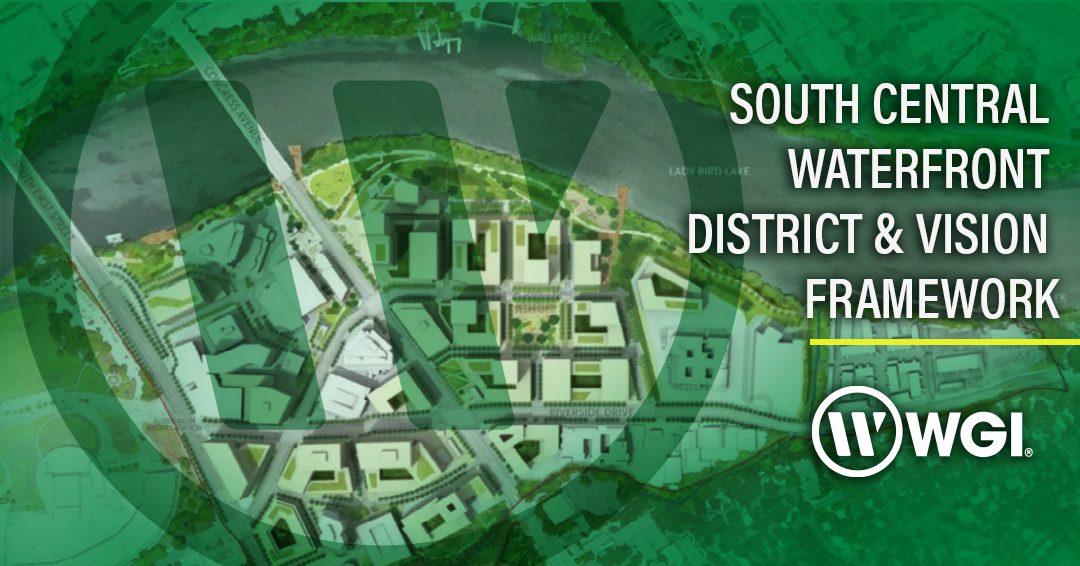 The South Central Waterfront Vision Framework Plan (“SCW Plan”) is a community-driven plan that promotes a vision and a set of recommendations, tools, and programs to guide redevelopment over the next 20 years for the area bound by South First Street to the west, Bouldin Creek and East Riverside Drive to the south, Blunn Creek to the east, and Lady Bird Lake to the north. The Austin City Council adopted the Vision Framework Plan in June 2016 and aims to set a path to create a district-wide network of connected green streets, parks, trails, and public open spaces and achieve new affordable housing units.

The plan provides a roadmap for the redevelopment of this key waterfront area, including physical, financial, and city leadership frameworks. The district encapsulates approximately 118-acres, comprised of 32 separate private properties, directly across the Lady Bird Lake from downtown. The goal of the SCW Plan is to ensure that, as this area inevitably changes, every increment of change will contribute to making a new region that: 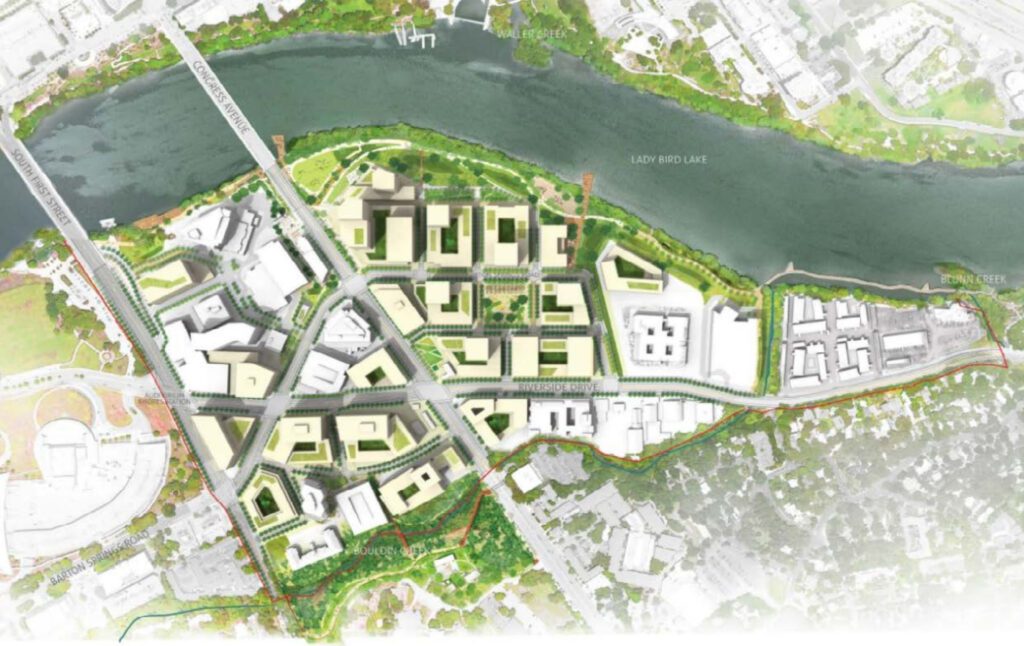 The South Central Waterfront District (SCWD) is defined by water, with Lady Bird Lake to the north, Bouldin Creek to the south, and Blunn Creek to the east. However, there is hardly any green space between these three significant amenities and ecosystems. 81% of the area is currently comprised of impervious cover, with half of that dedicated to parking and roadways. These hard surfaces partnered with wide, fast-moving streets make the SCWD an unfriendly place for people to walk, bike, or take transit. The stormwater runoff generated by these paved impervious surfaces also creates water quality issues for Lady Bird Lake and increases the potential for flooding during extreme rain events.

The SCW Plan recommends that the City of Austin create a public financing mechanism to pay for public infrastructure, park improvements, and affordable housing throughout the South Central Waterfront District. Austin’s City Council has recently approved a Tax Increment Reinvestment Zone (“TIRZ”) that encompasses the 118-acre District and enables the city to utilize Tax Increment Financing (“TIF”) to realize the community benefits contemplated in the SCW Plan. A TIRZ is a political subdivision that allows property taxes above a certain amount to be funneled back into the area (or zone) to pay for things such as infrastructure or improvements in hopes that reinvestment will encourage private development. A TIF subsidizes companies by refunding or diverting a portion of their taxes to help finance development in an area. TIF’s also allow local governments to borrow money to fund public improvements that will help spur development in a designated zone.

As Austin has grown tremendously over the last 10 to 15 years, transportation has become an increasingly complex and challenging issue. New developments that respond to that demand present an opportunity to play an influential role in how people move throughout the city by tying into the regional transportation system, designing streets that encourage active modes of transportation, and reinforcing innovative methods for achieving modal split for people’s everyday trips. The SCW Plan encourages connectivity by breaking up large superblocks that are automotive-oriented and currently impede pedestrian access to park space, the river, and other amenities. The SCW redevelopment will benefit from its proximity to jobs and destinations that can promote walking, biking, and transit use and abundant accommodations for automobile use. 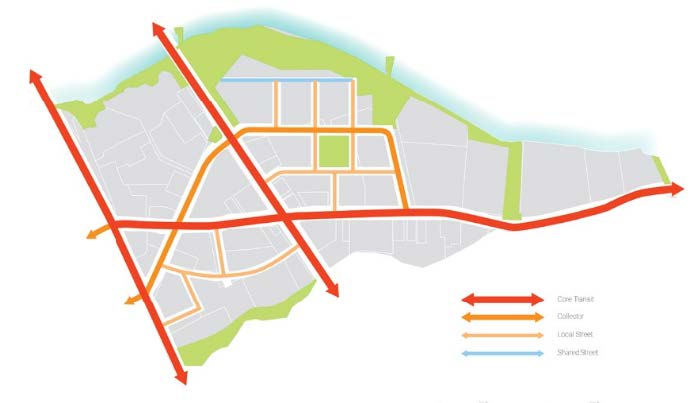 Other than the shoreline, green space is almost nonexistent within the district. The SCW Framework Plan will add approximately 20 acres of open space to the South Central Waterfront. These new parks, plazas, and trails will serve as a destination for recreation and amenities for people who live and work in the neighborhood. New green streets and parks, built in partnership with property owners and led by the City, will create pedestrian links that begin to define the future network of streets and open space.

The transformative vision for South Central Waterfront creates a neighborhood that is not only a destination but will also serve as a gateway between South Austin and Downtown. Through enhancing open spaces, improving connections to and along the waterfront, and building affordable housing, the vision leverages and guides imminent private investments and changes to create district-wide community benefits.

Bringing the vision of the SCW to life will require coordinated partnerships among many different parties. The SCW Vision Framework Plan proposes an implementation approach that builds upon the following tenants:

– A Shared Vision: Support of a shared vision for the area among key stakeholders, including property owners, neighborhoods, the City, and vested interest groups (affordable housing providers, open space entities). This includes the recognition that enhanced entitlements will be required to enable more robust private development that provides a primary resource base for the public realm and public purpose improvements and expansion of affordable housing opportunities.

– Phased Approach: The City of Austin anticipates that improvements will be built in phases based on which owners/ developers are prepared to redevelop as well as the City’s ability to craft mutually beneficial development agreements. The potential implementation strategy could give preference for public resources to those property owners/developers prepared to move forward. 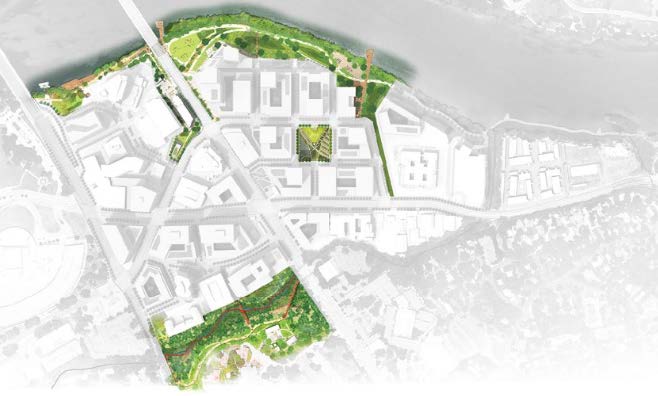 South Central Waterfront offers a unique and unprecedented opportunity to help the City of Austin turn one of its most vexing challenges into an opportunity. The district will offer the potential to set and achieve a target of making 20% of future housing units developed in the area affordable. (To households at 60% to 80% of Area Median Income for rental and 100% to 120% AMI for ownership). Additionally, the ‘Vertical Development Program’ will allow for additional height in exchange for the commitment to include a percentage of affordable units at 80% Median Family Income. If combined with other incentives (like low-interest loans through a PID financing program), this bonus would produce more units or a different mix of uses.

Achieving this goal will require partnerships between the City and private property owners, participation by various affordable housing providers, and a strong portfolio of affordable housing tools. The district’s proximity to downtown employment and public transit also reduces the transportation cost burden for households by increasing commute options, including the ability to walk, bike, or take transit to work instead of owning and operating a personal vehicle.

Redevelopment is already in the works for Austin’s South Central Waterfront, providing an opportunity to work on the implementation of the SCW Vision Framework Plan. The framework plan provides a roadmap for developing this key waterfront area, including physical, financial, and city leadership frameworks.

Since the adoption of the plan in 2016, redevelopment of the area’s largest parcel, the former Austin American Statesman site, has been proposed using Planned Unit Development zoning. At almost 19 acres, the former Statesman site (305 South Congress) is the largest property in the 118-acre South Central Waterfront Vision Plan area. The redevelopment proposal includes over 6 acres of mixed-use development and 1.25 acres of public use, including a waterfront park and connections to the hike and bike trail. The development’s master plan includes improved connections to the trails and the SCW plan’s street grid.

As it relates specifically to 305 South Congress, the SCW Plan calls for the TIF to pay for the cost of new roads, the waterfront park improvements, plaza improvements within public park easements, and certain utility infrastructure improvements on the site. The project will require the TIF to fund these costs to be financially viable.

As requested by City Staff, the applicable 4% of for-sale units will be subject to a $450,000 per unit fee-in-lieu or will provide 4% of the total ownership units in the form of an equivalent number of deed-restricted for-rent multifamily units within the South Central Waterfront District at 80% MFI. The current plan calls to build more total housing units on-site than was contemplated in the SCW Plan, where the current plan yields 55 affordable housing units as opposed to the 40 affordable housing units contemplated by the SCW Plan.

For more information on the development at 305 South Congress, please visit https://305southcongress.com/ and contact WGI to discuss how we can assist you with your next development project. 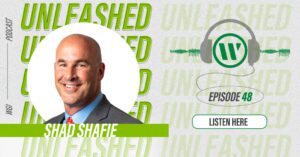 On this episode of WGI Unleashed, we get to know Shad Shafie, VP of Buildings who leads a division that consists of Building Enclosures + Restoration, MEP Engineering, Structures + Parking, Specialty Structures, and Architecture. He resides in our San Antonio, TX office. 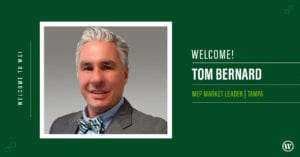 We are pleased to announce that Tom Bernard, PE has joined WGI as MEP market leader, based in our Tampa, Florida office. 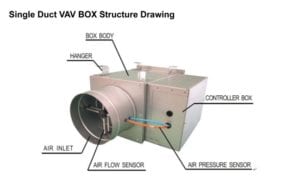 Which Terminal Unit (VAV Box) is Right for Me?

Terminal units are an integral piece of an effective multiple zone VAV system, and selecting the appropriate type for your application will provide energy savings and a high level of thermal comfort. 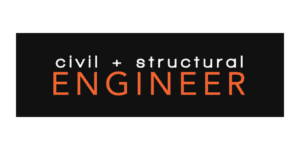 Nisenson, after decades in the field as a consultant, researcher, activist, entrepreneur, and planner, was recently named VP for New Mobility & Connected Communities at WGI, a firm with huge aspirations for the future. 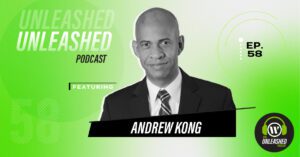 In this episode of WGI Unleashed, we got to know Andrew Kong, a senior manager for our Restoration division in our Charlotte office. 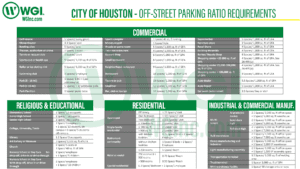 With a lack of a formal zoning ordinance within the City of Houston, one of the largest City of Houston requirements to impact a development is Off-Street Parking.