Traffic congestion in Richardson is reaching peak levels, according to a recent study

During a March 6 City Council meeting, Dan Hennessey of engineering firm Big Red Dog presented the findings of a recent evaluation of the city’s traffic system.

“If you think things are a bit worse right now, you’re not wrong,” Hennessey said. “There are more people driving.”

Increased congestion should be addressed in the coming months following a signal retiming project headed by the North Central Texas Council of Governments, as well as a city-led initiative to upgrade aging technology, according to Director of Transportation Mark Nelson.

“Everything is reactive right now,” Hennessey said. “There is no ability to assess proactively where issues are happening or what might be occurring.”

Richardson is home to some unique roadway features that make it a bit more difficult to get around, Hennessey said. For one, there are no major east-west highways bisecting the city, meaning drivers are forced to use arterial roads to get across town. The roads with the highest traffic volumes are Campbell and Spring Valley, while Renner is the least congested.

As the second largest employment center in DFW and home to a major university, Richardson also sees a lot of commuters, Hennessey said. Traffic volumes on the east side of US 75 are 25 percent higher than to the west, which Hennessey said is indicative of where commuters are coming from. Also, the number of cars traveling near US 75 outpace volumes at the edges of the city by 35-40 percent.

It found that congestion during peak hours was moderate, but not systemic, Hennessey said, and that traffic was spread out fairly evenly across the city.

“There’s not gridlock or an issue located in a certain area that is causing people to not take a direct route to a destination,” he said. “… This means things are working pretty well.”

The data also showed peak period speeds are relatively the same as speeds during less-traveled times of day.

“Speeds between successive major arterials are close to the speed limit, meaning [the timing of]signals [is]not causing congestion,” he said. “There is nothing goofy causing congestion. … This is what we want.”

However, the spacing between signals makes it hard to have a progressive green all the way along an arterial road, he said.

Compared to Dallas, Garland and Plano, speed limits in Richardson are typically lower, Henessey said. In Richardson, traffic congestion is 16 percent higher than in Dallas. This may be caused by the density of traffic signals in Richardson, which outpace Dallas by 30 percent.

Some of the biggest drivers of congestion in Richardson are an aging traffic control system, a lack of data recording and an inability to conduct a historical signal system analysis, Hennessey said.

As a result, the city of Richardson is moving forward with a two-phase system upgrade, Nelson said. The first phase, underway now, will update signal controllers and cabinets to help make traffic at intersections move more efficiently. This should be complete by 2020.

An upgrade to the traffic communications system will begin in 2020 and take about one year, while upgrades to central management software will happen between 2021-2022.

The city is also working with NCTCOG on its signal-retiming project at several major intersections, which should be complete by the end of this year.

And finally, video detection and performance measurement equipment will be installed at 60 intersections by the end of this year, Nelson said.

WGI is celebrating EWeek 2020 by honoring all of our dedicated engineers, and engineers around the world that have made a positive contribution to our profession. 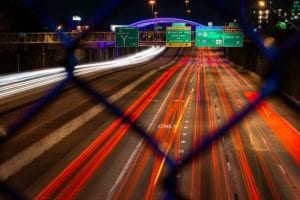 TxDOT no longer accepts paper, or PDF, utility permit forms. Luckily, WGI has you covered. Here are some tips and trick for using the UIR system.