WGI is providing engineering services for a proposed 31-story, 326,509-square-foot high-rise at the corner of 14th and Guadalupe streets in Austin, Texas.

A 31-story office tower is being floated on a city block next door to the SXSW Center in downtown Austin.

A site plan for the proposed 326,509-square-foot high-rise at the corner of 14th and Guadalupe streets was submitted last week to the city of Austin Development Services Department for review. Cypress Real Estate Advisors and an unnamed partner are developing the project.

The tower would replace the office building that currently houses the Combined Law Enforcement Associations of Texas headquarters, according to the site plan application.

It’s directly across Guadalupe Street from the new 13-story SXSW Center. That tower developed by Greenbelt Commercial and owned by South by Southwest was completed over the summer. It’s nearly 100% leased, showing the demand for more class A office space near the Texas State Capitol.

CLEAT sold its building at 400 W. 14th St. to CREAII 14 Guad Land LLC, an entity connected to Cypress, according to a special warranty deed filed in Travis County on Sept. 19.

Ricky De Camps, development manager for Cypress, said the site plan filed with the city is preliminary and subject to change. “Nothing is set in stone,” he said.

“It’s just an exercise. We are talking with the landowner to determine what can be built on the property,” De Camps said. “I do anticipate us being able to share more information in the new year when we have more information from the city ….”

He said the developers haven’t even determined whether the building will be office or a mix of uses. The tower will be less than 400 feet tall, which is allowed in the downtown mixed-use overlay district, De Camps said.

The Mauthe-Myrick Building next door to CLEAT was also purchased by Cypress. The house, built in 1877 by German stonemason Rafael Mauthe, is a city of Austin and Texas historic landmark. The building is occupied by the Texas Cotton Ginners Association and will restored and incorporated into the new development, De Camps said.

GFF Inc. is the architect on the project. The civil engineer is WGI, formerly Big Red Dog Engineering.

Cypress and Greenbelt are co-developing a 162,000-square-foot class A office complex, Eastlake Lake at Tillery, at 3212 E. Cesar Chavez St. in East Austin. Construction on that project recently started. Cypress has also developed such projects as the Corazon apartment and retail development in East Austin that sold in August to California-based Goldrich Kest. 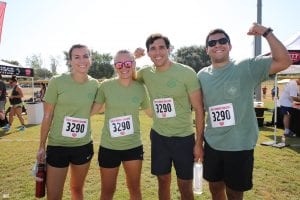 Check out our WGI associates getting competitive and building camaraderie at the Fit Company Challenge!

ENR editors have recognized WGI as the 2021 Southeast Design Firm of the Year! 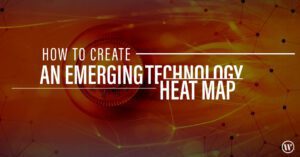 How (And Why) To Create An Emerging Technology Heat Map

A rapid assessment tool that helps uncover the emerging technologies and trends that are of strategic importance to your business. 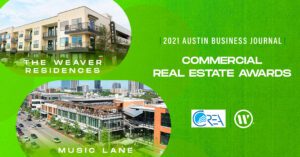 The Commercial Real Estate Awards recognize the most influential projects that have the biggest impact on the community. This year, two WGI projects brought home big wins.